Keeping up with China’s One Belt, One Road initiative

It’s rare for logistics to move from the business pages to become headline news. But China’s One Belt, One Road initiative (OBOR – also known as the New Silk Road) has gained global attention, particularly after this month’s forum outside Beijing, which was led by China’s President Xi Jinping and included the leaders of Spain, Turkey, Russia and Pakistan. 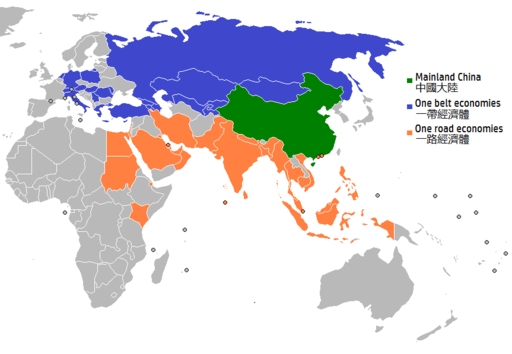 For those of you who haven’t already heard of it, OBOR is a multi-trillion dollar initiative aimed at revolutionising international trade through a network of maritime and overland routes between Asia, Europe and Africa. It will cover about 65 percent of the world’s population and includes around one-third of its GDP. In addition to these impressive numbers, part of the interest lies in the evocative parallels with the historical Silk Road and the far flung (to Europeans, at least) nature of some of the key nodes on the route, such as the Khorgos-Aktau railway that will link a new dry port on the Kazakhstan-China border to the Caspian sea.

There is also an important political context, with this China-led initiative coming after US president Donald Trump scrapped the Trans-Pacific Partnership – the US plan to boost trade in the region. Some observers see OBOR more as a political power play from China rather than a genuine attempt to boost global trade. Critics have also pointed out that a lot of the unprecedented investment going into this scheme may be misallocated – and that there may not be much substance behind the hype.

For those of us involved in intermodal transport, the politics matters less than the immediate impact, which can be seen in the increasing number of rail routes from China to Europe – 39 at the last count. China aims to triple the number of trains running between those routes from 1,800 in 2016 to 5,000 in 2020. OBOR is here, it is real and the industry needs to think about how to adapt to it and make the most of the opportunities it will bring.

Behind OBOR is a push from China’s government to increase rail freight within its own borders to reduce pollution and reduce road congestion. To do that, they are learning from German experience with freight villages, inland ports and cargo handling technology for intermodal transport. One writer has even described OBOR as “making freight trains sexy again” (when were they not?). While that might be going a bit overboard, the initiative is providing a huge boost to intermodal transport.

The main selling point for long distance intermodal rail transport is that it is cheaper than air and quicker than sea. Both those advantages are likely to increase in the next few years, as investment related to OBOR improves service levels and enables trains to move through border customs quicker and change gauges more efficiently.  According to the article linked to above, shipping a single container from China to Europe cost $5,000 in 2012 and 2013 and is expected to drop to between $2,000 and $3,000 over the next year. The time taken for the journey from China to Europe has dropped to about 15 to 18 days.

While there has been a lot of focus on the China-Europe rail fright, this is just one element of the OBOR initiative. Other parts include gas pipelines between Central Asia and China, a rail connection to Tehran, the China-Pakistan highway (part of a $46bn new economic corridor between the two countries) and the Maritime Silk Road investments in East Africa such as in Zanzibar, where local ports are being improved and a modern standard-gauge rail link between Nairobi and Kampala is being built. And as one academic recently observed, there is nothing to stop OBOR going global and expanding to include the Americas.

Lessors and the technology companies that service them need to keep up with the possibilities that China’s investment is opening up. On a practical level, at present the freight trains on the return journey from Europe back to China are not full enough to be economically sustainable – the route still needs subsidies from the Chinese government. That is changing slowly with automotive and chemical companies increasing their use of this route.  On a technical level, a lot of the routes that are being opened up involve freight travelling across some inhospitable territory, which underlines the need for proper tracking of assets.

That can be done with GPS enabled containers that use the latest track and trace technology to enable monitoring on every step of the journey. Alarms can now be triggered if doors are opened or, in the case of transporting refrigerated goods, if the temperature exceeds set parameters. Temperature can even be adjusted remotely to ensure energy is not wasted.

It is vital that all parts of the supply chain take advantage of the massive investment that China’s government is putting into OBOR. This is a once-in-a generation investment and we need to be following every development and taking advantage of every opportunity.

Why composite tank containers point the way to a greener future https://t.co/BP1obWOiq0 via @MRIintermodal

By continuing to browse our site (by scrolling or clicking), you agree to the use of these cookies. You can adjust your preferences in Cookie Settings.

This website uses cookies so that we can provide you with the best user experience possible. Cookie information is stored in your browser and performs functions such as recognising you when you return to our website and helping our team to understand which sections of the website you find most interesting and useful.

You can adjust all of your cookie settings by navigating the tabs on the left hand side.

Strictly necessary cookies should be enabled at all times. They help us make our website usable, enabling you to move around the site and use its features.

Preferences cookies enable our website to remember information that changes the way our site behaves or looks, like your preferred language or the region you are in.

Please enable Strictly Necessary Cookies first so that we can save your preferences!